Altea joins in the commemoration of Europe Day with an institutional day and activities at the Bellaguarda Secondary School.

This year 2022 is the European Year of Youth and the students have disseminated the 17 sustainable development goals of the 2030 Agenda.

Altea has joined this Monday the commemoration of Europe Day, a day to vindicate European values and with activities at the IES Bellaguarda secondary school. In addition, this 2022 is the European Year of Youth. The Department of European Projects has organised activities together with IES Bellaguarda, a member of the European Parliament’s ambassador schools project, such as the reading of manifestos in the Town Hall Square and in the school itself.

Europe Day is a celebration that takes place every 9 May in the European Union, in memory of the so-called Schuman Declaration, in which the French Foreign Minister, Robert Schuman, took the first step towards the integration of European states by proposing that the coal and steel of Germany and France be subject to joint administration, promoting the creation of the first European community and later the European Union.

In addition, IES Bellaguarda has been awarded for being part of the ambassador schools of the European Union. Paqui González represented Bellaguarda Secondary School. González thanked the support of the City Council of Altea and the people who promote this project and said: “thanks to the collaborators of this project for helping to represent the work and the promotion of the values of peace and coexistence of Europe that in these times of war are even more important”.

This year’s Europe Day is dedicated to young people. And the importance is given to young people to achieve a more sustainable, more inclusive and more digital society.

IES Bellaguarda celebrates the 9th of May to show students the importance of this day, where Europe united to achieve peace and coexistence. Youth is the future of the European Union, therefore, the centre participates with activities and initiatives to promote European values such as solidarity.

The students of IES Bellaguarda have stated that “young people are an important agent of change and we want to play a fundamental role in building participating, sustainable, tolerant and fully democratic societies”. 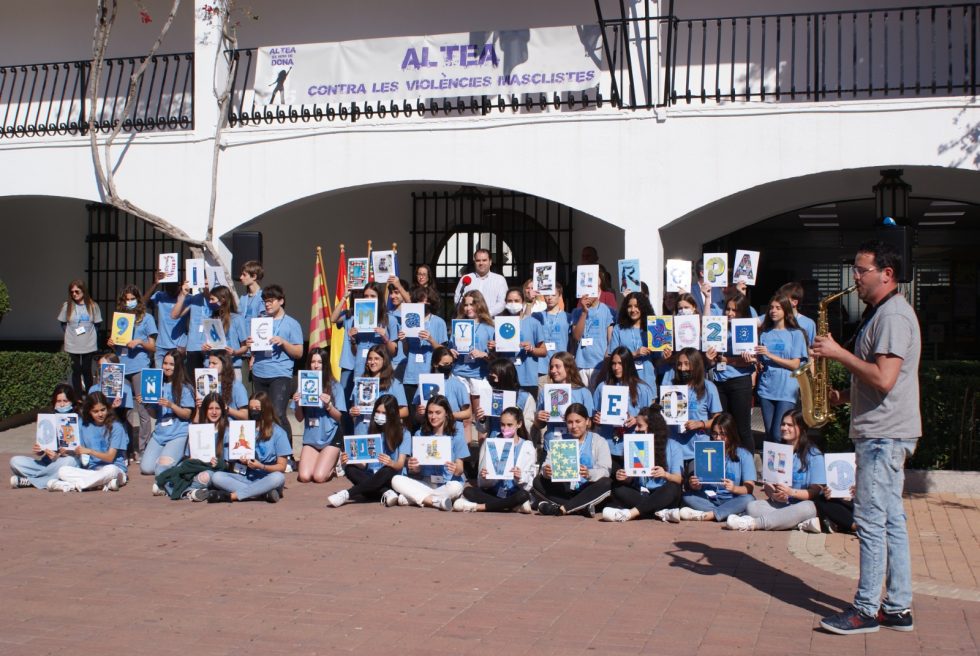