On the 21st of January of 2020 the Volunteering Platform of the Valencian Community awards ceremony was celebrated via an online gala rebroadcasted on the YouTube and Facebook accounts of the platform. At the ceremony participated Ximo Puig, the President of the Generalitat; Enric Morera, the president of the Cortes Valencianas and Mónica Oltra, the Vice-president and Councilor of equality policies. On this edition, the European Projects Office of Altea received the ¨responsible administration¨ award conferred by the Volunteering Platform of the Valencian Community. The recognition is jointly awarded with the associations Cruz Roja, Corazón Expres and De Amicitia.

In representation of the consistory, the award was given to Maria Laviós, councilor of Participación Ciudadana (Citizen Participation) and the responsible of the European Projects Office. Receiving this prize means that the City Hall´s effort to improve the teamwork with the associations has been rewarded. EuroAltea´s objective was and continues to be the collaboration between the associations and the administration, with the purpose of creating synergies that would redound in our citizenship´s interest.

The participation at this awards ceremony was based on the creation of the Volunteering Panel within the “Urbact, volunteering cities” European program, which strengthens and empowers volunteering throughout the European cities. The program tries to unite administrations and associations so that they would work together and create synergies and so that those joint actions would help the population.

The awards ceremony was led by Miguel Salvador, the president of the Volunteering Platform of the Valencian Community, who highlighted the credit of Altea for obtaining this recognition. ¨The mobilization of more than 150 volunteers attending 4.000 persons, with over 1.500 interventions in the elderly people has been achieved¨, emphasized Miguel. Moreover, he wanted to insist on mentioning that the board´s decision was unanimous.

To conclude, the councillor commented: ¨this project represented by Altea, where different European countries such as Italy, Ireland, Poland, Croatia, Germany, Portugal and Spain work together, with Cyprus as the leader of the project, makes us work for this transference of good practices in terms of volunteering. This award urges us to keep improving and promoting the role played by the volunteering, role that has been and still is on the frontline, and therefore this award is for all the people that made it possible¨. 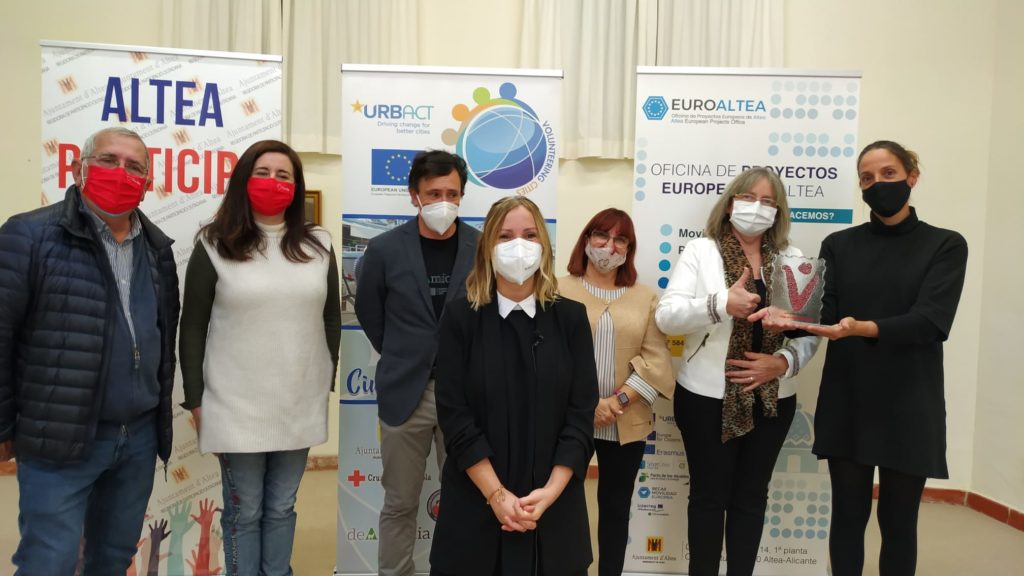