The Councilor for Citizen Participation and European Projects, Maria A. Laviós, collected on Friday, April 30, 2021, the Good Governance Award in the category of Project Management and European Funds for the Volunteer Panel, awarded by the Valencian Federation of Municipalities and Provinces.

EuroAltea sent the candidacy for joining the Urbact Voluntary Cities program, through which the Volunteer Panel has been developed in the town. Within this project five cross-cutting themes are worked: participatory governance, increasing intergenerationality of young people with older people, the mobilization of young volunteers, working corporate citizenship and social entrepreneurship to combat unemployment. It is important to emphasize that within the Volunteer Panel we work both the political, technical and social part, represented by the associations that are within our project, Corazón Express, Red Cross of Altea and De Amicitia.

The Good Governance Awards are awards aimed at good municipal practices and whose main objective is to promote the quality of public policies at the local level. According to the FVMP, “is a sign of the commitment of the Valencian municipalism in order to achieve responsible, open and effective local governments and adequate to social needs”.

Last March was known the award given to the municipality of Altea and the official award ceremony took place on Friday April 30 at a gala held at the Centro Cultural del Carme in Valencia. In this fourth edition, a total of 73 nominations were submitted.

The event, which took place at the Centre del Carme Cultura Contemporània, was attended only by representatives of the award-winning municipalities. In addition, they were attended by the Regional Secretary for Participation and Transparency, Antonio Llorente; the general director of Local Government, Toni Such; the territorial director of the Presidency of the Generalitat, Paco Molina; the vice president of the Diputación de Valencia, Maria Josep Amigó; the vice president of the FVMP and mayor of Alzira, Diego Gómez and the general secretary of the FVMP, Vicent Gil.

This award is for all alteanos and alteanas that, together with the associations and the City Council, we have done that in this time of pandemic the most vulnerable and needy people have found help. Thanks to this Urbact project, Ciudades Voluntarias, it has been possible to give a quick and effective response thanks to the work done as a team. And when we talk about team we are not only referring to the City Council and associations that are involved in the project, but also to many others such as Civil Protection or Caritas and numerous companies from Altea. We have all joined forces for the same purpose, to reach all those people who are having a hard time. 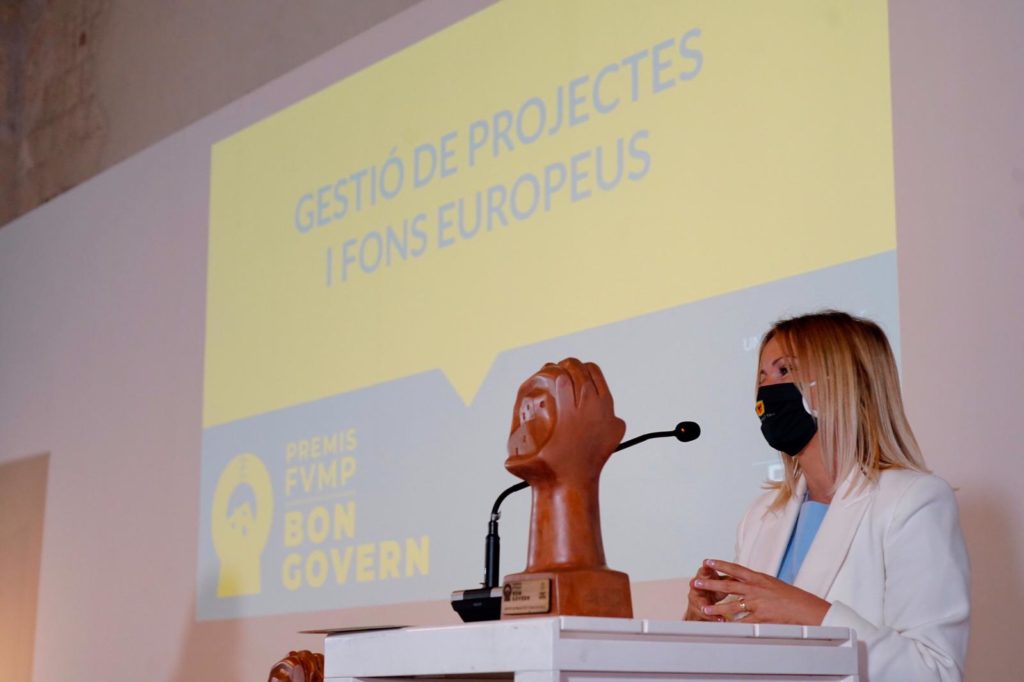