EuroAltea closes URBACT with a recognition to the local voluntary associations.

n EuroAltea we organised an event for the closing of the URBACT programme, voluntary cities of the European Union. The event took place on the 2nd of June in the Casa de Cultura and during it we paid tribute to the entities and people who have collaborated with the project at a local level.

The URBACT programme was concluded at European level last week, but the partners of the project had to make an act at local level and today we have celebrated the one of Altea, in which we have counted with the presence of the general director of European Funds, Andreu Iranzo, Gonzalo Albir, Coordinator of European Projects and by videoconference have been present the president of the Platform of Volunteering of the Valencian Community, Miguel Salvador and Clementine Gravier, in representation of the European secretariat of the project in Paris, who detailed what the URBACT programme consists of.

We were also able to talk about European funding and the future of volunteering after the pandemic. The local panel, in which we worked on the political, technical and most important part, that of the voluntary associations, putting into practice ways of working also from other countries, has allowed us to confirm that we are prepared to face any challenge and that we will continue to work in the URBACT spirit.

The joint work carried out by the Altea delegation of URBACT, Voluntary Cities, of which Corazón Exprés, Red Cross and DeAmicitia have been part, where we have worked from different axes, such as intergenerationality, participative governance and corporate responsibility. This teamwork has allowed us to reach the most vulnerable people since the beginning of the pandemic; the associations have been our eyes and our hands.

He closed the event with infinite gratitude to the associations that have worked on this URBACT project, presenting them with an award in recognition of all the work they have done. 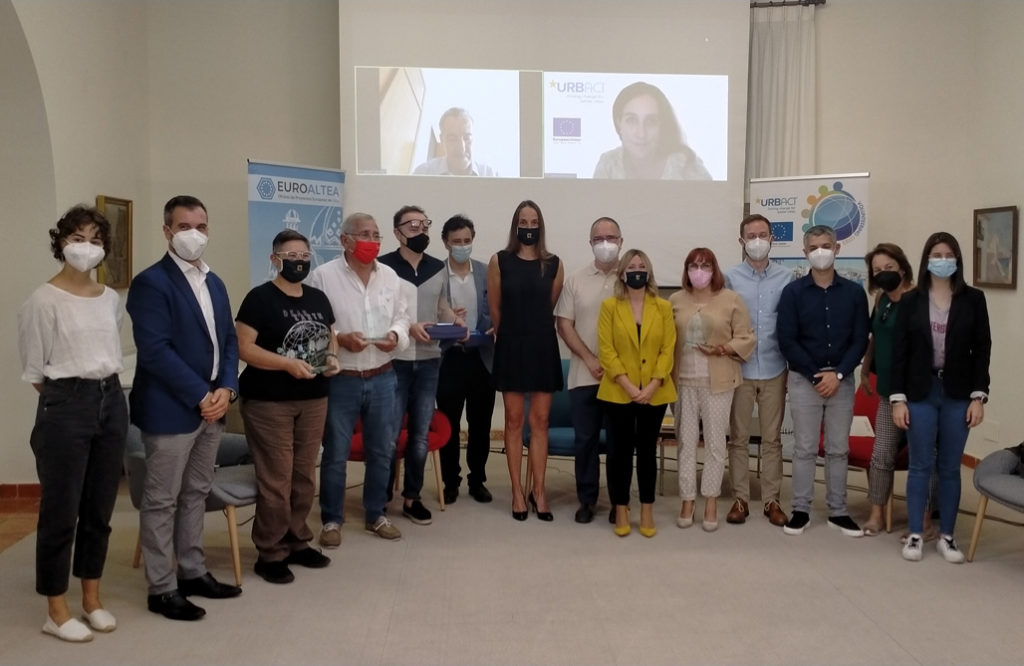