The 19th of November of 2020, the EuroAltea team from the European Projects office of Altea, has gathered with Europa Direct GVA for a working day to discuss the collaboration agenda of the future projects of the European Union.

Over the course of the reunion there were addressed new activities, such as forums, chats, conferences and instruction and academic courses for employment which will be conducted in Altea and addressed to the citizens of Altea in general and particularly to youngsters.

Besides discussing about the benefits and opportunities that European projects such as Eurodisea, the EURES networking, European volunteering and the Mobilities in the Citizens, there were also brought to the table new horizons and future projects such as the 2030 Agenda.

The reunion concluded upon establishing foundations of collaboration between Europa Direct GVA and the City Hall of Altea whose purpose is to create more tools to the benefit of the citizens of Altea. 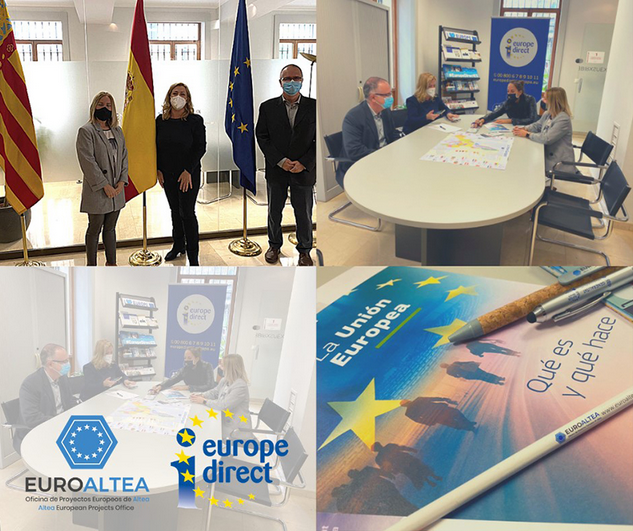