On the 2nd of March of 2021, EuroAltea participated at the ¨Introduction to European Projects for youngsters¨ course organized by the City Hall of Murcia. The intervention of Altea managed to teach the young participants about the ¨Europe for Citizens¨(EFC) programme and the good practices of Altea within the YOUROPE project, project that was led by the municipality.

More than 30 persons participated at this online formation where there were discussed different European projects such as Erasmus+, the European Solidarity Corps or Europe for Citizens, from the experts in this theme from the City Hall of Murcia, Europa Direct, Eurodesk and EuroAltea. The workshop concluded with a debate in which EuroAltea´s intervention was congratulated and there were shared experiences, ideas and questions regarding the YOUROPE project and the Europe for Citizens programme, among others. 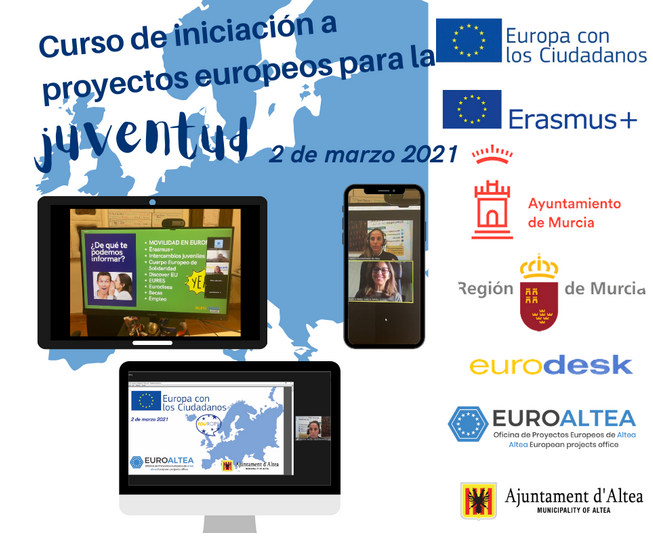