On Wednesday 21 April, the Councillor for European Projects and Citizen Participation, Maria Antonia Laviós, participated as a guest at the training session on green fiscal policies, within the European project LOCAL 4 GREEN Plus of the INTERREG MED programme. This project, led by the Valencian Federation of Municipalities and Provinces, also involves partners such as the Musol Foundation and others from different countries such as Italy, Portugal, Cyprus and Greece.

The approaches and motivations of the LOCAL 4 GREEN project are considered to be fully valid. Moreover, they have been reinforced by the discourse and strategies set out by the EU.

It has been made very clear that the green transition has come to be seen as the driving force and the motive that will drive the economy of the future. 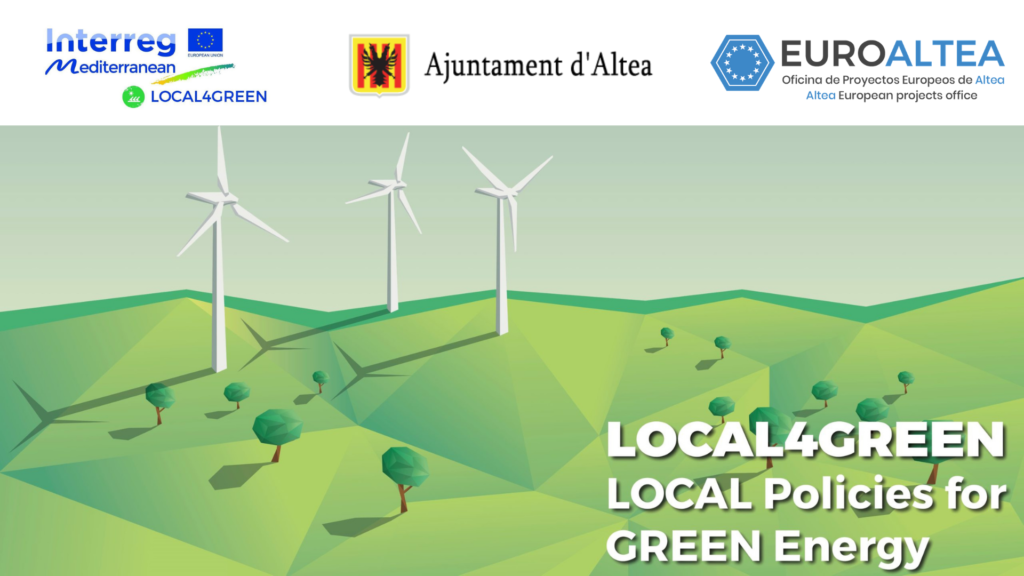