The European Commission approves the project presented by EuroAltea for youth volunteering “VOLUNT-EU”.

The programme will be funded by the European Union and will have a budget of 148,000€.

Altea Town Council, from its European Projects office, EuroAltea, has announced the approval of the “VOLUNTEU” plan by the European Union. The programme “VOLUNT-EU: Voluntary Cities in response to the Social Crisis caused by Covid-19”, which aims to establish tools for the improvement and promotion of youth volunteering, to face the adversities of the pandemic and the creation of a network of European cities committed to volunteering.

The project is framed within the European programme CERV (Citizens, Equality, Rights and Values). Altea will be the leader of the plan and will have 7 European partners: Italy, Cyprus, Croatia, the Netherlands, Romania, Portugal and Greece. The project will last 24 months and will start in May in Cyprus and will end in Altea. The preparation of the project was supported by the Diputación de Alicante and will be fully funded by the European Commission with a budget of €148,000.

Once the course of the initial phase of the project has been set, different events will be organised in each of the European partner regions so that youth volunteers can benefit from and get involved in the different workshops, events, courses, conferences and transnational trips with different participating associations. The theme will be solidarity and the prevention of exclusion of the most vulnerable social groups.

EuroAltea intends to continue with the line of work achieved in different European programmes, of which the Town Hall was a partner and participant. As an example of this, the project URBACT III: Voluntary Cities, a European initiative that uses volunteering to address social exclusion and poverty at community level, has just closed. In addition, Altea and the participating associations were awarded different prizes in recognition of their work and trajectory in the field. These prizes were awarded by the Committee of European Regions, by the Valencian Community Volunteering Platform and by the Federation of Municipalities and Provinces.

On the other hand, the Department of European Projects has a Social Responsibility Plan (CSR) whose main objective is to advance as an organisation in order to improve its relations with the economy, the environment, territorial relations, citizens and its environment.

For all these reasons, the municipality of Altea has become a benchmark at European level for good practices related to volunteer work, for this reason, the associations that were previously with us, such as the Red Cross of Altea, Corazón Exprés and De Amicitia, have joined this project, and Cáritas Altea and Civil Protection have also joined the project, and we welcome them. 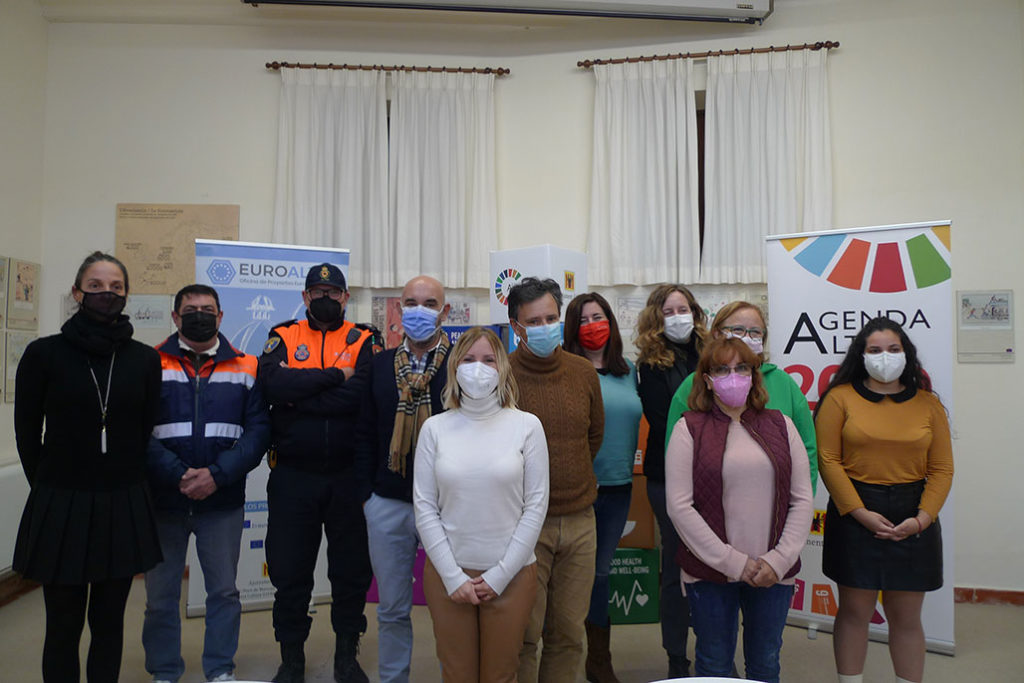