The students of IES Bellaguarda have represented today a parliamentary debate within the European project Ambassador Schools through which they work to stimulate knowledge of Europe and European participation among young people.

The Social Centre of Altea has hosted the representation of this parliamentary debate made and directed by the students. The participating students chose as a topic to debate the covid-19 in Europe and have defended different positions according to the speech of the European political parties that had been assigned to them.

Bellaguarda Secondary School has been part of the Ambassador Schools project since September 2021 with the aim of raising awareness of Europe and its institutions among students. Among the activities that have been carried out in the centre, the representation of parliamentary debates, such as the one held today, stands out. This activity has been awarded and recognised by the programme as good practice.

In addition, the students of the centre have designed and built an InfoPoint for the IES. This information point consists of a place where students can find out about European news, thus connecting Altea and IES Bellaguarda with the European news.

The organisation of activities such as this debate is very positive, not only because they raise awareness of issues of interest, but also because they are a help for tomorrow when young people have to face interviews or situations in working life in which they have to defend their positions face to face. From the European Projects department we help and support IES Bellaguarda in this initiative that has been successfully developed over the years. 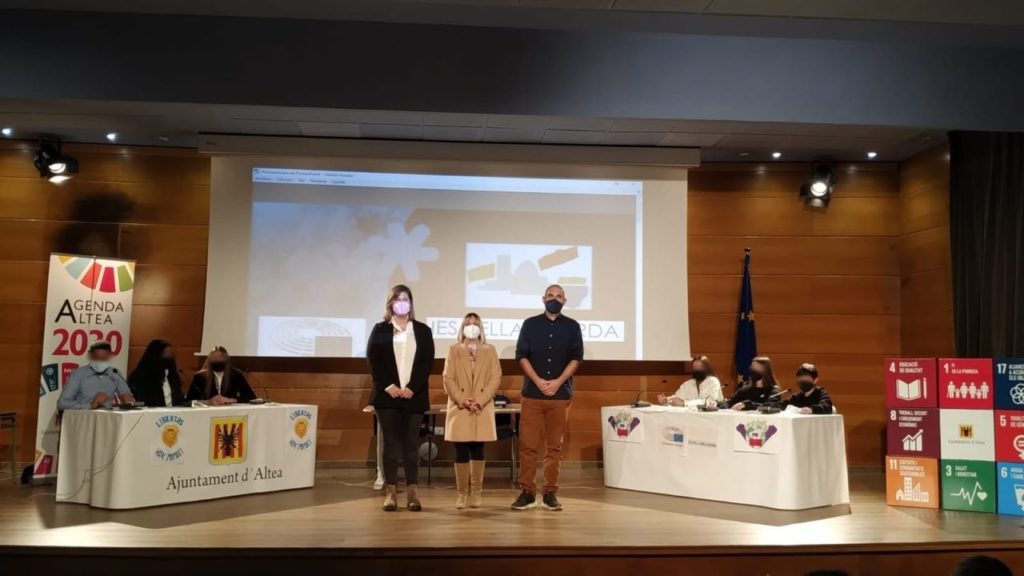