The local association DeAmicitia, leads a new European project A Fling Called Swing (AFLICAS) in collaboration with the Municipality of Altea and IMED Levante.

The European youth volunteering and swing project presented its activities with a massive event on 30 June in the square of the Municipality of Altea.

During the course of the presentation event, the participation of the various associations and organisations involved was announced, including the association “De Amicitia” itself, the Municipality of Altea and Imed Hospitales. The meeting was also attended by María Gómez, deputy for European Projects of the Diputación de Alicante. Afterwards, the Swing concert and dance was given by the Swing Peaks association and the Blue Orchestra.

On 8 September, the group of young volunteers from the project visited the Les Boqueres senior citizens’ centre in Altea, as part of its objectives to bring this music closer to and support the elderly.

A Fling Called Swing is part of the European Solidarity Corps programme and aims to bring together a group of European youth volunteers and local youth swing music to support older people who have strongly felt the impact of the pandemic, such as isolation or that have led to mental illness. In addition, it aims to strengthen the associative fabric of music and arts schools and associations throughout the Valencian Community.

As part of their aims and objectives, this group of young people visited Les Boqueres yesterday, Thursday 8th September, where a concert and dance of Swing music was held with members from different countries, such as Ireland, Egypt, United States, Poland, Czech Republic, Serbia, Italy, Croatia, Portugal and Spain. 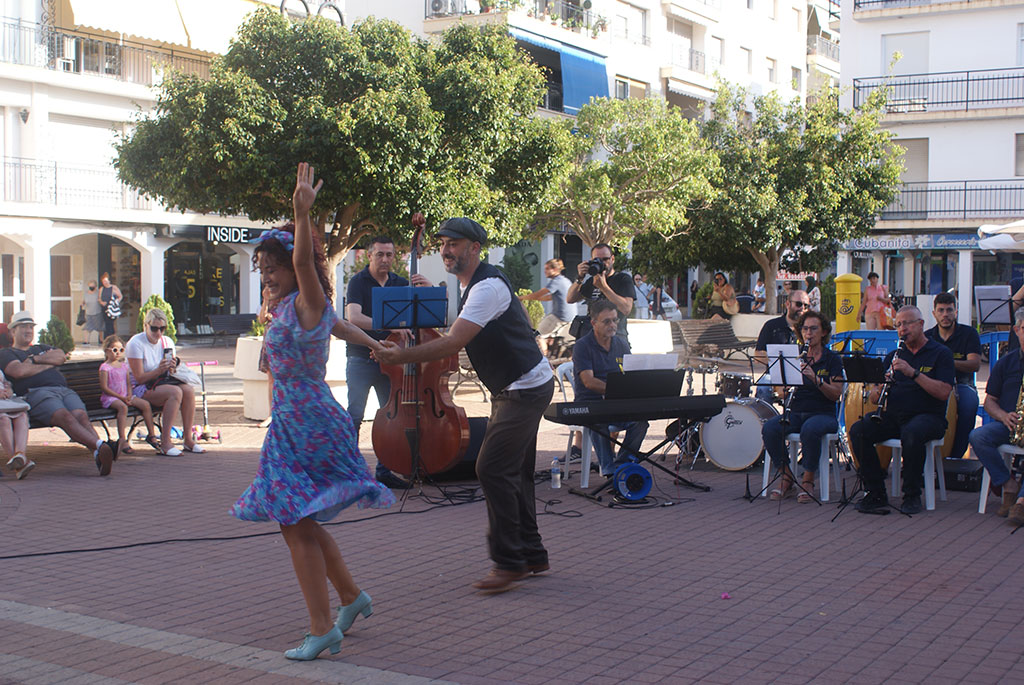