A delegation from Altea composed of politicians, journalists, members of collective, associative and teaching staff, gathered on the 2nd of February of 2020 in Brussels to participate at the closing ceremony of the Yourope project.

The Yourope journeys, leaded by Altea through the European Projects Office EuroAltea, concluded at the European Committee of the Regions with the assistance of a total of 8 countries which joined the program: Spain, Italy, Poland, Bulgaria, Greece, Slovenia, Belgium and Cyprus. These journeys, leaded by Altea, are developing over a period of 18 months, period throughout which these countries have fought against euroscepticism; have established new bases in combating the fake news and their importance to Europe has been transmitted to the youngsters.

The delegation from Altea has been coordinated by the EuroAltea team. The aim of this trip was the closing ceremony of the project during which different topics have been addressed and debated, topics such as the role of the youngsters within Europe or the quality of the information. At this event also participated, among others, Isabell Wutz and Jonathan Hendrics, members of the European Youth Press. The main topic was how to combat the euroscepticism and fake news and at the same time to work on values such as peace, solidarity and harmony, in other words, the values promoted by the European Union. The project´s purpose is to build a Europe of municipalities and to create that bond of the European citizenship for a more egalitarian and inclusive Europe. Moreover, the implementation of the measures adopted by the different member countries has been highlighted and, subsequently, the reading of the manifest has been realized; a universal and unanimous declaration between the 8 countries that conform the project.

During the event, the Yourope StartUp Europe Awards were given to the winners and the aid provided for the entrepreneurship and job training given by the three associations from Altea has been recognized. Euro MP Inmaculada Rodríguez Piñero was the one in charge of the handover of the prizes to the threes associations from Altea, as a recognition for their labour and hard work, both in the work and volunteering field. The awards were received by: Tone Dysjaland and Magdalena López del Castillo Marchante from Corazón Exprés; Ignacio González Martínez in representation of the DeAmicitia association and Miguel Orozco Serrat, the president of the Cruz Roja from Altea.

The evening concluded with the intervention of Diego Zaragozí, the deputy mayor, who took part in this experience as a representative of Altea. ¨As political leaders, we have the responsibility to transmit the values and principles of the European Union within our population.¨ Many persons asks themselves about the benefits of being part of the European Union and this is precisely of what the Yourope project consists of, highlighting the importance that Europe has over our lives¨, Diego Zaragozí. 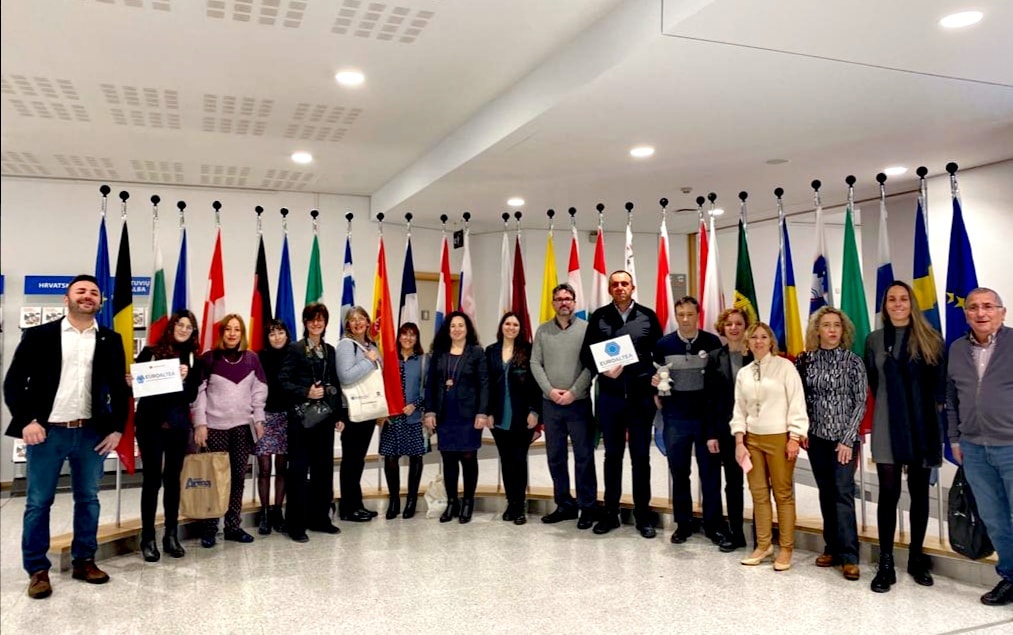